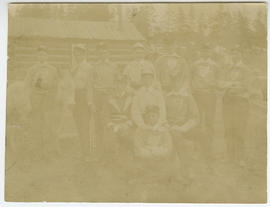 Breckenridge, Colorado's three fire departments are represented in this group portrait, taken circa 1880s. Volunteer fire fighters from the Pioneer Hook and Ladder Company, the Independent Hose Company, and the Blue River Hose Company are dressed in their uniforms, which include conductor's caps with metal badges, wide belts with edges bound in white leather, and pullover bib shirts with wide lapels. The Blue River Hose Company uniforms also feature buttoned chest protectors with the letter "H" centered on a herald-shaped patch. Far left is Chester Detwiler (next to the burro); to his right is Harry Detwiler. Carl Phillips stands in the back row, center. The other men are not identified. A plank roofed log cabin and evergreens are in the background. 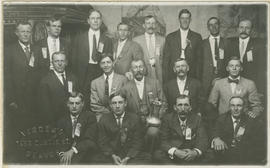 Members of Improved Order of Red Men, Kiowa Tribe No. 6 pose for a group portrait

Members of Independent Order of the Odd Fellows, Blue River Lodge No. 49 pose for a group portrait

Members of Independent Order of the Odd Fellows, Blue River Lodge No. 49 pose for a group portrait dressed in sack suits and the ceremonial I.O.O.F. sash. Most are wearing white gloves. The men stand side by side or sit in chairs placed in rows along the wooden boardwalk and on the dirt packed street. The photograph was taken in front of a wooden building with large four-pane casement windows, probably in Dillon, Colorado. 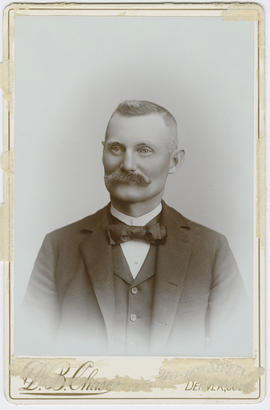 Portrait photograph of Charles A. Finding 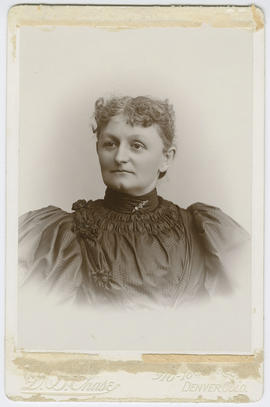 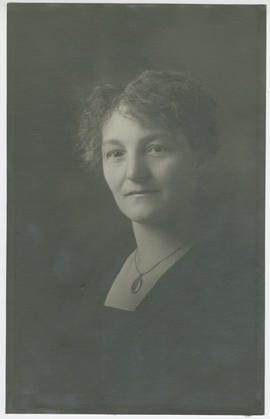 Studio portrait of Agnes (Finding) Miner of Breckenridge, Colorado, and daughter of Charles and Martha (Silverthorn) Finding. The print is mounted in a tri-fold grey-green paper enclosure with "Cooley Denver" embossed on one front panel. 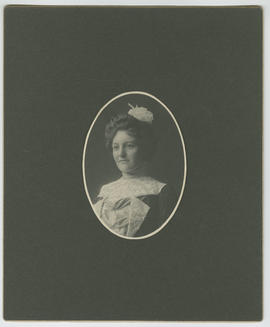 Studio portrait photograph of Agnes Eleanor Finding, daughter of Charles and Martha (Silverthorn) Finding. She wears a bow high in her hair. Handwritten on the reverse is "Mrs. Agnes Miner (?) Breckenridge". Circa 1880s-1890s. 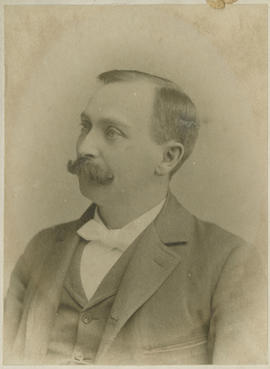