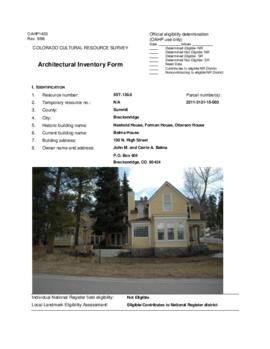 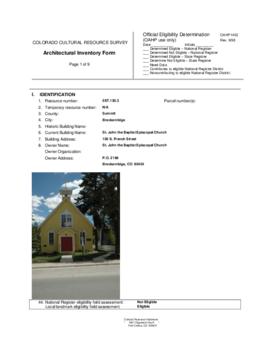 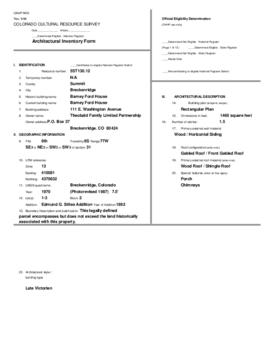 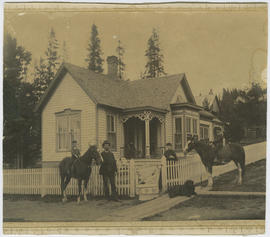 The William F. Forman family outside their home on High Street in Breckenridge

William and Rose Forman pose with their sons on horses by the picket fence surrounding their home on High Street in Breckenridge, Colorado. Circa 1885-1900. William holds the reins to the horse that Deber, their youngest son, sits astride. On the other horse is George, the oldest child. Rose stands on the grass inside the fenced yard, and a large dog lays on the wooden sidewalk. The 1881-built one story multi-gable house has a covered portico and square bay window. A second story was added in 1901.

William F. Forman house on the corner of High Street and Lincoln Avenue in Breckenridge

Two women sit on the covered front porch steps of the house known as the William F. Forman House, located on the northeast corner of High Street and Lincoln Avenue in Breckenridge, Colorado. Originally designed and built in 1881 by Breckenridge architect Elias Nashold, the home was sold to the Forman family in 1885. In 1901, Mr. Forman added a second story to the house. The two-story cross gable clapboard house featured a brick chimney, dormer and bay windows, and a stone foundation. A rounded wrought iron fence encloses the property. Circa 1929.