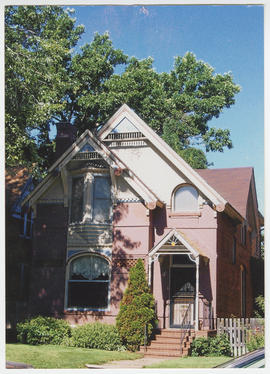 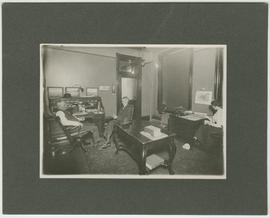 Interior of Charles A. Finding's office in Denver, Colorado. Two men sit in office chairs facing each other in front of a roll top desk. The man on the left wears a collared long sleeve shirt with suit vest over it. The other man wears a suit, his hat placed on the table next to him. A woman sitting at another desk leafs through papers. Hanging on an electric light bulb is a wall calendar dated 1911. Handwritten on the reverse: "C.A. Finding 507 RR Buldg 1515 Larimer." 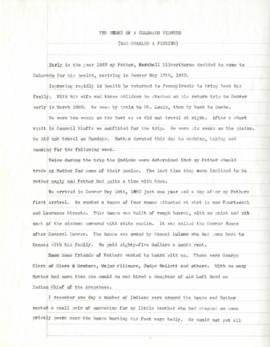